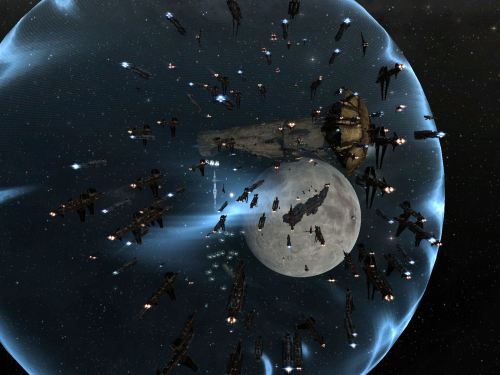 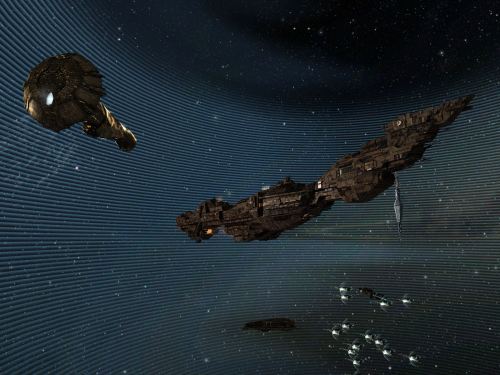 Part of the CFC cap fleet, along with the alpha fleet, after downing three Northern Coalition titans. 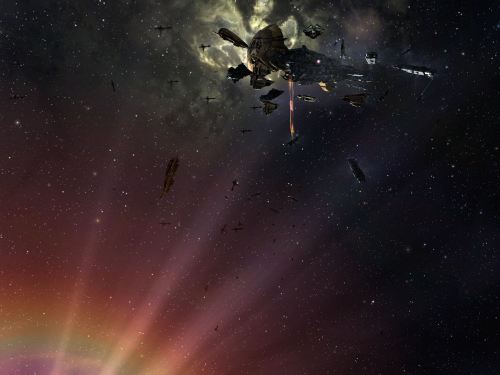 Not one of my pictures.

Spotted over on one of my favorite EVE blogs, EVE Monkey, who in turn spotted it as part of a post over at The Captain’s Log.

The pictures in the post include the one below of a series of Titans flying in trail formation, similar to the battleship conga line I linked to previously.

Only the ships are much bigger. 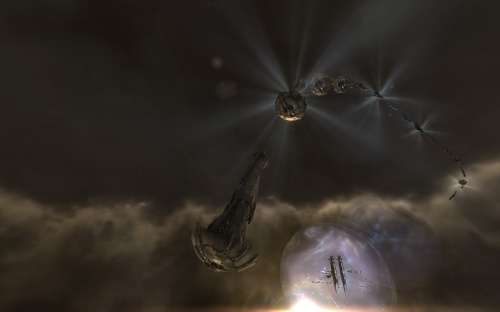 I grabbed this one shot because it is very cool and because I know I’d forget where to find it again in a couple of months.  Hope nobody minds.

This material is used with limited permission of CCP Games hf. No official affiliation or endorsement by CCP Games hf is stated or implied.

Go to a random picture

News from Inside New Eden

EVE Online and the EVE logo are the registered trademarks of CCP hf. All rights are reserved worldwide. All other trademarks are the property of their respective owners. EVE Online, the EVE logo, EVE and all associated logos and designs are the intellectual property of CCP hf. All artwork, screenshots, characters, vehicles, storylines, world facts or other recognizable features of the intellectual property relating to these trademarks are likewise the intellectual property of CCP hf. CCP hf. has granted permission to EVE Online Pictures to use EVE Online and all associated logos and designs for promotional and information purposes on its website but does not endorse, and is not in any way affiliated with EVE Online Pictures. CCP is in no way responsible for the content on or functioning of this website, nor can it be liable for any damage arising from the use of this website.